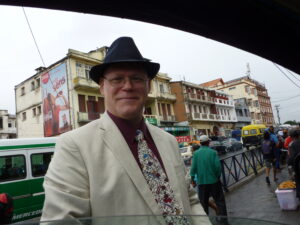 Mr. Peter Terry holds a BA in International Education, grades K-8, from the University of Massachusetts, and a Master’s degree in Vocal Performance from the San Francisco Conservatory of Music.

He also started a Ph.D. program at the University of Chicago and a Bachelor of Music program at Oberlin College. His areas of specialized knowledge include pedagogical theory and practice; Western classical music; Jewish, Christian, Islamic, Babi, and Baha’i history, and scripture.

His published books include: