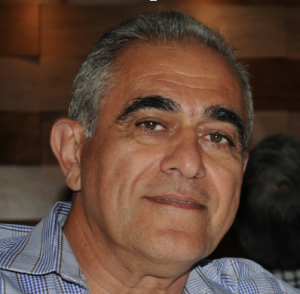 He has been married for 40 years. He has three children (two daughters and one son), and four grandchildren. Mr. Hakim currently lives in Northborough Massachusetts. Kamran Hakim and his wife are members of the Worcester Bahá’í Community.

Mr. Hakim was born into a Bahá’í family. Mr. Hakim’s religious ancestry is from Jewish descent on his father’s side, and from Muslim descent on his mother’s side. Mr. Hakim does not consider himself to be a Baha’i by birth. Mr. Hakim declared himself a Baha’i through his own investigation after he moved to the United States in 1976 for continuing his education. Being away from his family provided Mr. Hakim the opportunity to examine his beliefs. Mr. Hakim explored the Bahá’í Faith, along with other religions and ideologies, before he chose the Bahá’í Faith in his Spiritual Path.

Over the past four decades, philosophical writings and Scriptures of various religions have continued to attract Mr. Hakim’s attention. He has continued to explore them both as his hobby. Given his professional background, naturally, Mr. Hakim likes to look at religion and philosophy from an engineering perspective. Some have characterized this approach  as “the more comprehensive epistemological perspective.” Mr. Hakim’s presentation should, therefore, be considered in this light.

Mr. Hakim was very active in various USENET Newsgroups from 1982-1992, then to a lesser extent from 1993-1998, through private communication with various people throughout the world. Mr. Hakim has worked on deep-diving into the Bahá’í Writings with several groups of youth (ages 13-18) over the past two decades.