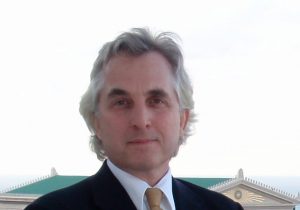 Fear is the cheapest room in the house. I would like to see you living in better conditions.- Hafiz

Dr. John Woodall is a Board Certified Psychiatrist formerly of the faculty of Harvard Medical School and the Founder and Director of the Unity Project, a resilience learning system that was developed to promote resilient strengths in youth. He coordinated the Resilient Response to Social Crisis Interfaculty Working Group at Harvard’s Interfaculty Initiative. He was the coordinator of the Task Force on Accountability on War Crimes in the Former Yugoslavia through Harvard’s Kennedy School of Government.

The Unity Project was conceived after Dr.Woodall led an in-country USAID funded trauma response program for the former Yugoslavia through the Harvard School of Public Health. It was refined in partnership with the Department of Youth and Community Development of the City of New York after 9/11 upon their request he develops resilience-building programming for children across the city. Further refinement occurred in New Orleans and Mississippi after Hurricane Katrina and through his role as the Convener of the “Resilient Responses to Social Crisis Interfaculty Working Group” at Harvard’s Mind, Brain, Behavior Interfaculty Initiative. Dr. Woodall has lectured, consulted, and developed programs on resilient responses to crisis, human rights, conflict resolution, and inter-ethnic dialogue across the US, in Central America, Canada, the Balkans, Cyprus, Israel, and the Palestinian Territories for universities, the US Department of State, the United Nations, and non-governmental organizations.

Dr. Woodall also lectures and provides consultation to schools and corporations on building united and resilient communities. Please contact through a FB message.