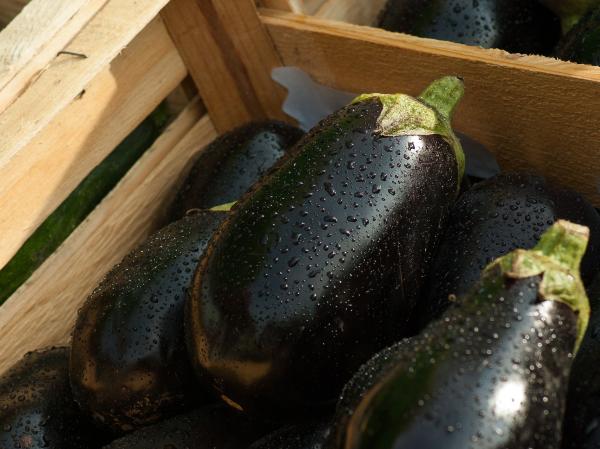 A king loved to eat eggplant. He couldn’t get enough of it, and even had a servant whose only job was to prepare eggplant. The king often raved about it. “How fabulous this vegetable is! How divine it tastes! How elegant it looks! Eggplant is the best thing on earth!”

“You are certainly right,” the servant replied.

That very day, the king ate so much eggplant he became ill. He moaned. “No more eggplant. I don’t want to ever again see this food of hell. Eggplant is the most horrible vegetable.”

It seems many people are servants not of truth but of tradition, followers not of facts but of fantasy, worshippers not of reason and reality but of illusions and imitation. They allow chance, not choice, to determine their destiny.

What is the most persistent obstacle to human development? What prevents people, more than anything else, from achieving spiritual transformation and fulfillment, from attaining their full potential? Two characteristics always stand out: control and conformity. People for the most part love to be both controllers and conformers. These opposing tendencies are the two critical poles of a psychological profile called “the authoritarian personality.”

Perhaps 90 percent of people allow their lives and destinies to be controlled mainly by tradition, habit, custom, convenience, conformity, and conditioning; sources that eliminate or diminish thinking and choosing.

We do everything by custom, even believe by it; our very axioms, let us boast of free-thinking as we may, are oftenest simply such beliefs as we have never heard questioned. _Thomas Carlyle

Astonishing as it may seem, controllers and conformers generate most of the world’s supply of miseries. As designed by the Creator, human beings are made to think and choose for themselves, to be neither controllers nor conformers. Whether an individual submits to a system of belief or ideology out of conformity, or finds himself at the mercy of a tyrant who controls his life, the result is the same: he experiences the anguish of submission, the stress of repression.

Since the authoritarians play a decisive and far-reaching role in the destiny of humankind, they deserve closer attention. Extensive research reveals a consistent profile. The authoritarians:

It seems ironic that controllers are also conformists. In fact, conformity constitutes the hallmark of the authoritarian personality. The deficiency behind both symptoms—the need for control and conformity—is the lack of internal standards. The strong “ego” the authoritarians display is simply an attempt to conceal their true identity: a feeling of weakness and unworthiness. Several points are in order:

The world has always been carried forward by the persistent efforts and sacrifices of the few who decline to join the ranks of both controllers and conformers, who think for themselves, who respect the verdict of reason, who follow their own conscience and investigate the truth with freedom and detachment.

What can we learn from recognizing the epidemic spread of the authoritarian personality? We can learn that we too, without knowing it, may be among the majority who carry the attitude of control and conformity to the extreme, who let “the authorities” do their thinking for them. That we too may be among those who mistreat their loved ones without ever realizing it. For the way we think and act appear as natural to us as breathing. “Every way of a man is right in his own eyes” (Prov. 21:2).

The first and most vital step towards transformation and self-growth is to stand humble before our own selves, to search our own souls to see if we truly respect other people’s right of freedom and self-government. Then we must try to loosen our attachment to conformity and the ways of past generations, to set aside the traditions, attitudes, and habits that stand in our way, and stop living the way others expect us to live. Then, with conscious knowledge and full awareness, we must design our own mansions of freedom, build them in harmony with our own needs, our own wisdom and understanding, and not those of past generations alone. We should use the past, not as a path, but as a guidepost; not as an anchor, but as a beacon.

“There is no tyrant like custom, and no freedom where its edicts are not resisted.” If you must rely on conformity and submissiveness as your primary resource for stability, then you are indeed the slave to a tyrant that dwells within you, and you will be inhibiting the freedom of those who claim to be your loved ones and crushing any chance you may have for your own independence.118 _Dr. Wayne Dyer

In one of His Epistles, Bahá’u’lláh reveals the essence of sublime attributes such as wisdom, glory, love, detachment, understanding, courage, charity, faith, magnanimity, and knowledge. Then He concludes with this statement:

The essence of all that We have revealed for thee is Justice, is for man to free himself from idle fancy and imitation, discern with the eye of oneness His glorious handiwork, and look into all things with a searching eye.119

Bahá’u’lláh declares that we cannot attain justice by seeing through other people’s eyes:

O Son Of Spirit!
The best beloved of all things in My sight is Justice; turn not away therefrom if thou desirest Me, and neglect it not that I may confide in thee. By its aid thou shalt see with thine own eyes and not through the eyes of others, and shalt know of thine own knowledge and not through the knowledge of thy neighbor. Ponder this in thy heart; how it behooveth thee to be. Verily justice is My gift to thee and the sign of My loving-kindness. Set it then before thine eyes.120

And yet as Albert Einstein observes: