Chapter 7 – Life Is a Choice 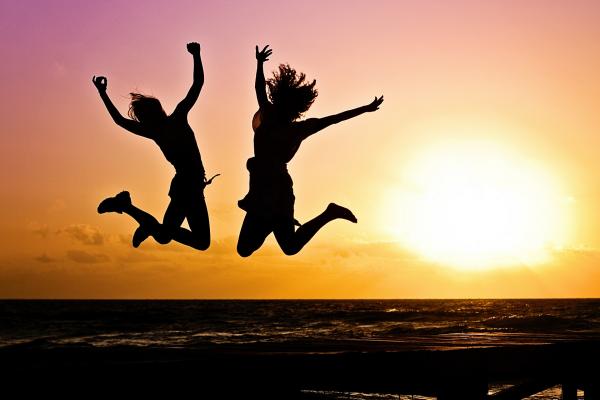 The rarest courage is the courage of thought. _Anatole France

Give me the liberty to know, to think, to believe, and to utter freely, according to conscience, above all liberties. _John Milton

Be not the slave of your own past—plunge into the sublime seas, dive deep, and swim far. _Ralph Emerson

It took thousands of years for humanity to become aware of and accept the idea of freedom. Slavery persisted up to the 19th century and was abandoned only at great cost. Many paid with their lives to preserve it. Today it is despised. Yet the idea of slavery has not died. It still lives on in our hearts and minds. Many of those previously kept in bondage, now find themselves entangled in the bonds of spiritual segregation and separation.

You were bought at a price; do not become slaves of men. _I Corinthians 7:23

After a speaker finished his talk, some listeners thanked him, except a 6-year-old boy who said, “Your talk was very boring. It put me to sleep.” His mother, embarrassed by her son’s lack of courtesy, told the speaker, “Don’t take him seriously. He is at an age when he can’t think for himself. He simply repeats whatever he hears from others.” It seems many people think and behave like this child. They continue to believe and repeat to themselves and others whatever “authority” figures have told them.

In spite of our shortcomings, we have made and are making great strides in the cause of freedom. The idea of human rights is sweeping across our planet. The idea of political freedom is dawning upon many a horizon. Women, too, are raising the call for liberty. They are rebelling against the subjugation under which they have been held for thousands of years. In some cultures they still do not have even the right to choose their spouse. In the western world, these freedoms have already blossomed and are on their way to maturity and full fruition.

People talk about all kinds of liberties that relate to the laws of the land. But there is a liberty that surpasses the most advanced laws and is the backbone of all liberties: That is spiritual liberty, the awareness that we have the right and the responsibility to choose our spiritual destiny. Have we not already attained this? We have, by law, but not in spirit. The law grants us religious liberty, but we refuse to embrace it with our hearts and minds. The pressures to conform far outweigh the freedom of choice granted by the law.

The history of the world is none other than the progress of the consciousness of freedom. _Friedrich Hegel

The time has come to declare to all humanity the principle of religious liberty—not in letter alone but in spirit. We have now attained the maturity required for its birth into the

hearts and minds of all the peoples of the world. This noble ideal needs to be nurtured, to be declared and defended until it becomes the next focal point of our social-spiritual evolution.

The time will come when “spiritual bondage” will be as outmoded and unwelcome as the idea and practice of slavery, and freedom of conscience will become as sacred as life itself. But for the time being, the gift of spiritual freedom is granted only to those whose guide is truth, not tradition, only to those who seek without fear new frontiers of knowledge. In a talk delivered in 1912 in Washington D.C., ‘Abdu’l-Bahá declared:

It is evident that prejudices arising from adherence to religious forms and imitation of ancestral beliefs have hindered the progress of humanity thousands of years. How many wars and battles have been fought, how much division, discord and hatred have been caused by this form of prejudice!…All the existing nations had a divine foundation of truth or reality originally, which was intended to be conducive to the unity and accord of mankind, but the light of that reality gradually became obscured. The darkness of superstitions and imitations came and took its place, binding the world of humanity in the chains and fetters of ignorance. Enmity arose among men, increasing to such an extent that nation strove against nation in hatred and violence. War has been a religious and political human heritage.110

Some enlightened leaders of our time declare a similar message:

It is easier, though far less rewarding, to live in a world where the lines are all drawn, often by people who lived thousands of years ago. Where and how to worship is mandated by birth, and it seems easier to follow that path. It is easier to go along believing our enemies are those we have been taught they are, rather than to resist the vision that creates enemies in the first place.111

We may enjoy the dreaming part so much that we do not even want to consider that there is much more available if we awaken. Thus we choose to remain asleep, unaware of the grandness that is there for us in awakening.112 _Dr. Wayne Dyer

God gave us two sets of eyes. He put one set in our head, the other in our heart. Everyone uses the “head-eye,” few the “heart-eye.” If someone covered her eyes and said she did not need them, people would call her crazy. The “heart-eye” is far more critical in deciding both our immediate and ultimate destiny, yet not using it is accepted and practiced almost as regularly as breathing.

By far the greatest portion of humanity let their ancient ancestors see and select the path of truth for them. People choose their fork, food, and friend, and yet they let strangers who lived thousands of years ago make by far the most awesome choice of their lives for them: their faith. Alas, the “heart-eye,” God’s most precious gift, is veiled and left unused generation after generation.

Man was born to be free, and everywhere he is in chains. _Jean Jaque Rousseau

The masses of people follow each other blindly, “like a woman who was driving through a very dense fog. The only objects that she could see clearly were the taillights of the car ahead, so she decided to follow those lights to stay on the road. Suddenly, without warning, the taillights ahead came to a complete stop and she ran into the car she had been following. ‘Why didn’t you give some kind of signal that you were going to stop?’

she shouted angrily at the other driver. ‘Why should I?’ came the reply, ‘I am in my own garage!’”

Dependency is slavery by mutual agreement. It is degrading for both the person who is dependent and the person who is being depended upon. Both parties are equally lacking in self-reliance, for such a relationship flourishes on mutual exploitation…A sure sign of dependency is when you habitually look up to others as superior…The dependent individual is at the mercy of those around him.113

Conformity is one of the greatest psychological evils of humankind. The person caught in this destructive habit never does anything worthwhile with his life. He wants to be a great person, independent and do important things. But he can’t. His motivation to always be approved of prevents him.114

Whenever Jim took the initiative and did something different, his parents told him, “Jim don’t.” When Jim’s teacher asked his name, he said “Jim don’t.” Many follow the philosophy of “Jim don’t.” They accept the verdict of tradition, and refuse to step out of their comfort zone. People fight for freedom and then entangle themselves in conformity.