5. What the Future Holds 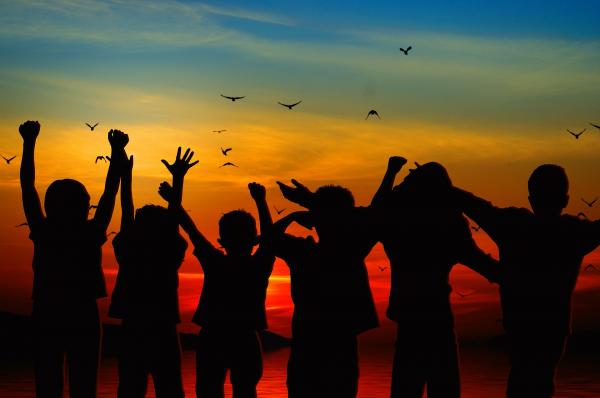 The Universal House of Justice, the international governing council of the Bahá’í Faith, in a statement, addressed to the peoples of the world, presents an outline of how, for the first time in human history, an enduring and global peace is possible:

The Great Peace towards which people of good will throughout the centuries have inclined their hearts, of which seers and poets for countless generations have expressed their vision, and for which from age to age the sacred scriptures of mankind have constantly held the promise, is now at long last within the reach of the nations. For the first time in history it is possible for everyone to view the entire planet, with all its myriad diversified peoples, in one perspective. World peace is not only possible but inevitable. It is the next stage in the evolution of this planet— in the words of one great thinker, “the planetization of mankind.”67

Many people sense the stirring of the birth of a new world. Some political leaders now speak of a New World Order, a terminology used by Bahá’u’lláh long ago. President Bush stated that “The world is blessed by the promise of peace.”

As Henry Brandon notes, “We are suddenly living in a time when history seems to have accelerated, and we are being swept forward at a reckless pace… we have lived through a century dominated by… disasters…But we can hope that after so many decades filled with dreadful and tragic events a more promising era beckons at last.”68

Global unity is the inevitable outcome of the realization of the Bahá’í teachings. The world is fragmented by a number of barriers, such as race, religion, nationality, gender, poverty, diversity of language, superstition, and illiteracy. The Bahá’í Faith breaks down all these barriers, leaving nothing to keep the nations, races, and religions apart.

Over the last century, the Bahá’ís have spread Bahá’u’lláh’s teachings to the farthest reaches of the earth, and they will continue to do so until the peoples of our planet have recognized them as the very life of the world, until racism, sectarianism, and national self-interest have given way to a global conscience dedicated to the welfare of all humankind. Bahá’ís believe that the peoples of the world will eventually adopt and implement these teachings, because they are the very “spirit of the age.”

Soon will the present-day order be rolled up, and a new one spread out in its stead. Verily, thy Lord speaketh the truth, and is the Knower of things unseen.69 Bahá’u’lláh

These fruitless strifes, these ruinous wars shall pass away, and the “Most Great Peace” shall come.70 _Bahá’u’lláh

No birth is without pain and patience. As Robert Lee observed, “The march of Providence is so slow and our desires so impatient; the work of progress is so immense and our means of aiding it so feeble; the life of humanity is so long, that of the individual so brief, that we often see only the ebb of the advancing ways, and are thus dis-couraged. It is history that teaches us to hope.”