2. Goals of the Bahá’í Faith 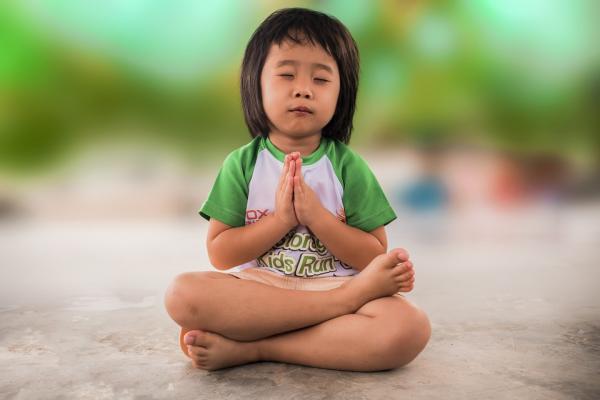 The Bahá’í Faith is the most dynamic unifying force in the world today. Here are a few reasons:

Many eminent scientists and leaders of thought have recognized the unique role of the Bahá’í Faith in the unfolding drama of human history. They have acknowledged the nobility of its teachings, its relevance to our time, and its inspirational powers in creating a unified and peaceful world. One great scientist who has especially examined the Bahá’í community as a model for a global community, is Dr. Ervin Laszlo, one of the foremost authorities on systems sciences (the dynamic interdependence of all things) and world order. Dr. Laszlo, who has taught at Princeton and Yale, is rector of the Vienna Academy for the Study of the Future, editor of World Futures, author of 50 volumes, 250 articles, and the editor-in-chief of The World Encyclopedia of Peace.

Dr. Laszlo has expressed his views on the state of the world and the unique role of the Bahá’ís at this critical juncture in history:

In the context of evolution as it unfolds through history, the next step is a society of global unity. This society, I am convinced, will come…

The responsibility that you [Bahá’ís] have is a unique one because you alone, I think, of all the communities of the world form a global community committed to the belief, to the conviction that peace will come, that peace requires unity…

Your example could be a very important factor in the development of a global society at large because you show that it is possible. And today we live in turbulent times when the effect of one example like this, a living example, could spread. Why? Because…we have all the means of communication at our disposal. Your example could become known all over the world, and it is already becoming known…

This is a time in which people are looking for solutions. They are looking for meaning; they are looking toward a future that they cannot quite see. They do not have this conviction, they do not have the belief, nor do they have the scientific insight that says, “If only we can survive, we will create a global society with global peace.” They think the future is unpredictable, is unknowable. It could be dark; and therefore, many young people today are prey to pessimism. It’s important under these circumstances to bring this example to light—to let people know that one can live the way you live.

Peace can come at last to humanity, I am convinced of that. The insight of the Bahá’ís, now confirmed and bolstered by scientific knowledge, should give you the necessary wisdom and the necessary courage to be our leaders in this great movement.55

As Dr. Laszlo states, in order to be convinced, people first need to see a model in action. The advanced model inspires them by demonstrating the outer reaches of possibility, by showing them that a dream can change into reality.

In his classic The Structure of Scientific Revolutions, Thomas Kuhn points out that scientific revolutions occur when someone creates a new perspective, a new model, a new approach to reality. After such a breakthrough, great progress can be made that was previously impossible.56

H. G. Wells in his classic work, The Outline of History, predicted that the future world state…

…will be based upon a common world religion, very much simplified and universalized and better understood. This will not be Christianity nor Islám nor Buddhism…but religion itself pure and undefiled…57

Mr. Wells may have been describing the Bahá’í Faith. When he spoke those words, the seed of such a global vision had already germinated and has since flowered and encompassed the world.

Dr. Edwin Dahlberg, former president of the National Council of Churches, has observed that the world may be on the verge of witnessing the dawn of a new religious revival, and he has listed three conditions that commonly precede such a revival or awakening:

A growing sense of concern and discontent regarding moral trends. A yearning for something better.

The appearance of a messenger who speaks with a voice of authority—a voice that the people will instinctively recognize and obey.58

The first two of these three conditions are already in operation. We have yet to welcome the messenger, who will give voice to the higher conscience of the nation and the world.59

Bahá’ís maintain that not two but all three conditions have been in operation for more than a century. They have already welcomed the Messenger who has “spoken with authority” and given “voice to the higher conscience of the world.” They have already received and acknowledged the universal faith that Toynbee and other great thinkers have deemed essential for the triumph of peace and survival of civilization.

At a time when doubt and despair have darkened the human horizons, when world leaders have proved powerless to face the demands of a changing world, how can a Messenger—Bahá’u’lláh—who was persecuted, exiled, and imprisoned most of His life, bring hope and harmony to the world, inspire a global conscience, a world society, a planetary social order? To succeed, a message must:

Bahá’ís believe that the Bahá’í Faith satisfies all these conditions, that the new teachings are the spirit of the age, that the world is desperately in need of the knowledge and inspiration offered by Bahá’u’lláh.

This book is not a text in theology, a treatise on doctrines, nor a thesis on a new denomination. It concerns the very essence of “the knowledge of God” as disclosed by His latest Manifestation or Messenger: Bahá’u’lláh, the Glory of God.

Bahá’u’lláh’s Revelation is its own proof. It is the best evidence of its worthiness and validity:

This is the true Law of Life: From good must come good, and from evil must come evil. _Buddha