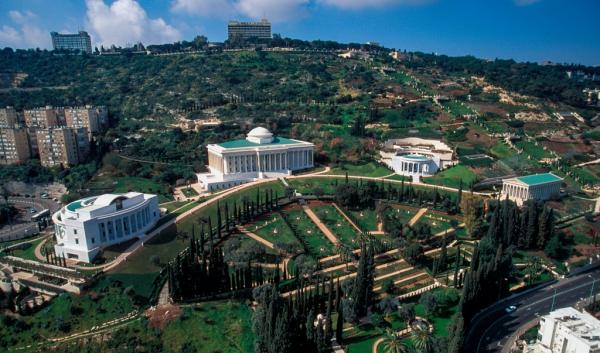 What is the Bahá’í Faith? In this chapter I respond to that question by showing how and why I became a Bahá’í, what difference the Bahá’í Faith makes in my life in general, and in my professional life in particular. Because of widespread suspicion and skepticism toward religion, it may be helpful to see an actual example to demonstrate that the Bahá’í Faith is not just a set of grand ideals, that it does indeed make a difference to the way we live.

I grew up in a Bahá’í family, attended many classes, and listened to some of the best Bahá’í teachers. I felt proud of my Faith, and was delighted to live in the Bahá’í community. For me going to Bahá’í classes and youth activities was heaven on earth. I could never have too much of them. My memories of those days are sweet and unexcelled.

Everything was well except for this: at times drifting doubts beclouded my faith. They would cover for brief moments even the blazing radiance of God. I would even doubt His existence. My heart was at rest but not my mind. I was 27 when I tried to solve the puzzle by reading every Bahá’í book I could find. I made a commitment to read one book a week until I had finished everything that was in print. For two years I kept up my commitment, but even a hundred volumes could not remove the remnants of the clouds.

I saw the days of my life passing swiftly and wanted to choose a direction before the journey’s end. I did not want to find myself in the position of the family who traveled to Chicago for a vacation. They spent all day walking and sightseeing. By evening they felt exhausted and could hardly take another step. When they got to their hotel, they were told that the elevator was not working, and they would have to climb the stairs to the 30th floor! They had no choice but to accept the harsh verdict. But to make the climbing less painful, they decided to elevate each other’s mood by sharing jokes. When they reached the 29th floor, it was the mother’s turn to tell her joke. And she said, “I just discovered the best joke of my life! I forgot to get the key!” Many people go through their entire life without ever looking for a key. They simply assume that when they get to the end they will find an open door.

Astonishing as it may seem, my extensive readings did not lead me in a clear direction. God had another plan for me. Transformation of my soul took place seemingly at the hands of two seekers who came to my home to investigate the Bahá’í Faith! They had written to the Bahá’í National Center for information. I invited them to my home. When they came, they brought along two old books about the afterlife, which they lent me. As I was glancing through one of those books, I came across some ideas about the development of the soul in the heavenly Kingdom. I found them remarkably similar to what I had read in Bahá’í sacred Scriptures. This realization suddenly created a miraculous momentum that, like falling dominoes, made every bit of resistance in my soul fall on its face. These few ideas changed everything in my life. They transformed my lingering doubts into certainty. Up to then I only “knew.” From then on I began to “see.” I cannot explain why or how this could have happened. The ones I was supposed to teach, my students, became my teachers. The reading of just a few pages in an old book transformed my life. It accomplished in less than an hour what the best teachers and over a hundred volumes had failed to do. My experience shows the awesome complexity and the mystery of being human and of believing.

The message on those pages was the “straw” that broke my resistance. Did God get tired of seeing me in suspense and decided to rescue me, or was this all a coincidence? Many people would consider this a case of divine intervention. 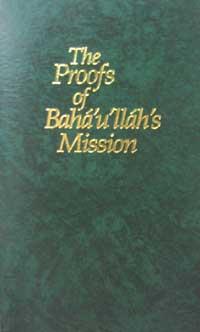 Several months later I decided to write a book of proofs on the Bahá’í Faith. I still do not know why that thought crossed my mind, and I had no idea at the time where or when it would all end. I only remember writing a few paragraphs without any plans, without having the slightest idea that after 30 years, those few paragraphs would expand to six volumes, with no end in sight!

Good ideas satisfy the soul; but the mind always demands more. It asks “why?” Those six volumes are a response tailored to the demands of the mind.

Perhaps my attempt to write about proofs reflected my approach to life itself. I have always believed that the God who gave us both a mind and a Message would not make them strangers or adversaries. If they both come from Him, how can they be in conflict? That conviction has dominated my life.

Let me now focus on the way my faith has shaped my attitude towards my profession. Many people find no joy in working. For them going to work is a burden, not a privilege; an obligation, not an honor. The Bahá’í Faith has had a profound impact on my attitude about my job.

I teach child psychology, creativity, and mental health at a state university in Michigan. Every semester I receive marvelous gifts: 120 to 140 mostly young people, full of dreams, who accept a few years of self-discipline for a brighter life in the future.

As you may expect, I am not a typical teacher. Each day we sit in a big circle and share our thoughts, our hopes and dreams. We talk about understanding and unraveling the most mysterious creature in all the universe: the Human Being. We talk about self-esteem and self-actualization, creativity and communication skills. We talk about positive thinking, perception, Piaget, and paradigms. We discuss some personal problems we face now and some old ones that we have overcome. The students are reminded to respect all people and all views—even the irrational. They are told that the object of knowledge is love. Knowledge is the castle and love is the light. Who likes to live in a dark castle?

I encourage my students to raise their self-esteem by raising their values, and to distinguish themselves by deeds. I teach them that it is better to be a nice pet than a bad parent or partner. A man told his wife, “It is me or the puppy!” The next day his wife put this ad in the paper, “I have a cute, well trained puppy and a rude husband to give away. Take your pick!” Then I ask my students, “Which one would you pick?” The answer is always unanimous. 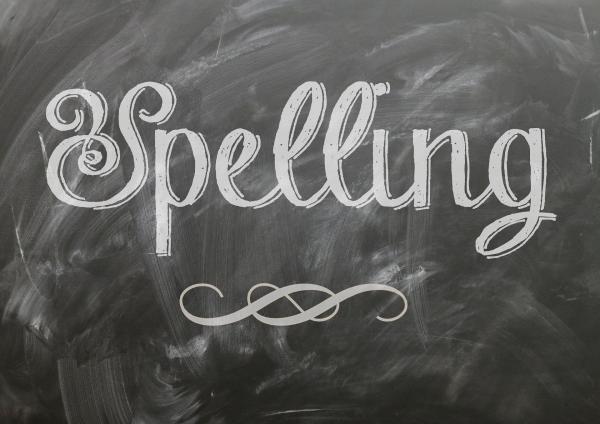 Most of my students plan to become teachers. I tell them that we teach far more by example than by words. A little boy was studying history. He asked his parents, “Why are the Catholics and Protestants fighting in Ireland? They both love Jesus. Don’t they?” His father said, “Because the Catholics are oppressed by the Protestants.” His mother said, “No dear, that is not true. The Catholics are too demanding.” The father yelled, “You are absolutely wrong!” Thus the parents were drawn into a heated argument and a fight. At that point, the boy said, “You don’t have to tell me. I figured it out!” In just a few moments his parents taught him by example what an entire book could not do with words.

I also emphasize positive thinking as a way of reducing stress. Negativism is the prevailing disease of our time. Some experts estimate that over 70 percent of our thoughts are negative. Many people just try to find out what is wrong. Some of them worry that they have nothing to worry about! Have you heard the story of a pessimist who ordered two eggs for his breakfast? He said he wanted one of them fried, the other boiled. When the eggs were placed before him, he got angry. “What is the matter?” asked the waiter. “You fried the wrong egg,” he fumed. Compare that with the story of an optimist, an old lady who had lost all her teeth except two. She felt very grateful because the two teeth met.

Sometimes I tell my students this story related by ‘Abdu’l-Bahá. One day, as Jesus and His disciples were walking, they saw the corpse of a dog. Each of the disciples complained of the horrible sight and the terrible odor. Jesus asked them why were they not looking at the dog’s perfect teeth.