4. How Do People Perceive a New Religion? 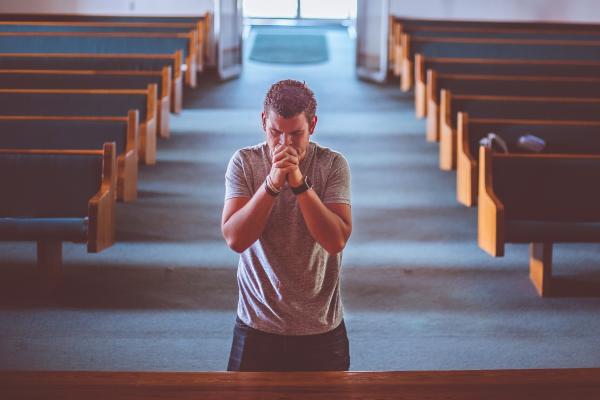 People read in their Scriptures that they should seek, search, and knock, yet they resist the idea of investigating a new religion. They love new gadgets, but not new faiths. Why? New denominations (often concoctions of existing ones) are on offer at paltry prices or as giveaways. Supermarkets for beliefs constantly compete for customers. Some people are seduced by the free offers. But a new, independent faith, such as the Bahá’í Faith, threatens the believers’ security by undermining their loyalty to well-established traditions.

Some people feel guilt at the thought of even looking at a new religion. They refuse to glance at a few pages or read a small pamphlet. They consider such a deviation a sin, a sign of a desire to break with the past, a symbol of disloyalty to the One they have loved and adored. They have little if any unawareness that their feelings of guilt is a result of their early training.

Others have a fear of being deceived. They have been taught that the devil is clever, conniving and crafty. He constantly roams the earth in search of new converts—those who are off guard if only for a few brief moments. Still others fear the loss of their faith. If one has the most precious pearl, why look elsewhere? These people forget the words of their Master that fear shows lack of faith:

They also forget the beautiful parable of Jesus spoken long ago: that only those with courage, only those with an enterprising spirit can enter the gates of heaven; the fearful receive nothing but punishment (Matt. 25:16-30).

The chief danger in life is to take too many precautions. _Alfred Adler

There are still others, who as a result of unpleasant encounters with their own faith, avoid all faiths. They view religion as a set of dogmatic, divisive, and arbitrary rules imposed on unthinking people. The word “hypocrisy” is often on their lips. Their earlier negative encounters with religion diminish their sensitivity and narrow their vision to new encounters, to new opportunities for spiritual growth.

The following images illustrate how people perceive or interpret a non-threatening, but novel reality:

How many images do you see in each of the two drawings? Some people see one, others two. Why? If you cannot see the two images, then look at the modified versions at the end of this chapter.

People also attribute qualities to each image on the basis of their past experience. “Suppose you saw only one picture at first, the way most people do. What would you have thought about someone who saw the other one? If you weren’t familiar with this type of experiment, if you didn’t particularly like the person, or if you happened to be feeling impatient that day, you might be tempted to call anyone who disagreed with you wrong or even crazy. It’s possible that you could end up in a nasty argument over who was right, each of you pushing your own view, never recognizing or admitting that both interpretations are correct.”138

Psychologists maintain that each individual creates in his mind a unique reality in which he lives. That subjective reality—not the objective—determines how he behaves at a given moment. For each person, the created reality eventually becomes the absolute or a highly dependable reality. As psychologist Arthur Combs observes “Our perceptions of ourselves and the world are so real to us that we seldom pause to doubt them.” He believes that understanding the preceding fact holds the key to many human problems and conflicts:

Although this fact is obvious, the failure of people everywhere to comprehend it is responsible for much of human misunderstanding, maladjustment, conflict and loneliness.

Today, people’s image of religion is for the most part negative. The negative image comes mostly from seeing how little influence it exerts on believers’ lives, from observing an abundance of good words and a scarcity of good deeds. This is just the opposite of what believing is all about:

By faith is meant, first, conscious knowledge, and second, the practice of good deeds.140 _ ‘Abdu’l-Bahá

To some people religion means listening to a good sermon; to others going to church, synagogue, or a mosque once a week; and to still others just reading the Word every day. Today, people’s perception of religion mostly consists of grand speeches, theological theories, and divisive debates and arguments. They see it as an enterprise that produces mostly words, claims, counterclaims, and new denominations. They see a magnificent altar with no flames.

Anyone can build an altar; it requires a God to provide the flame.